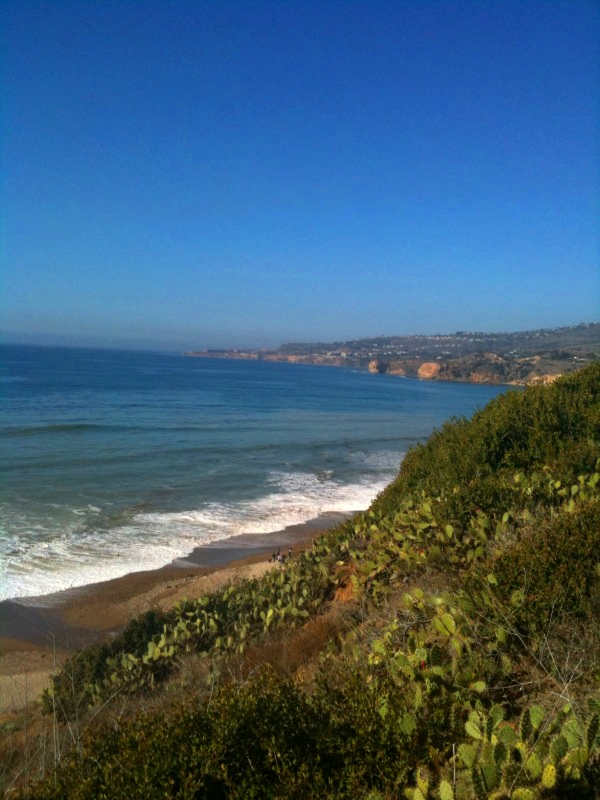 The cliffs of Palos Verdes are great for whale watching.

The whales are heading south to Mexico, and their internal GPS guides them past the Palos Verdes Peninsula as they cruise along the California coastline.

“The gray whale migration is one of the longest known to man, averaging 10,000-14,000 miles round-trip between the Bering and Chukchi seas to the Baja California lagoons. The 30- to 40-ton baleen whales can grow up to 50 feet in length.

Whales migrating south to Baja California typically start passing the Palos Verdes Peninsula near the end of November…” per an article in Palos Verdes Patch.

I often hike the trails at Trump National, and many of them cling close to the jagged bluffs of the Pacific Ocean.  The elevated vantage point allows me to catch an occasional glimpse of whales as they near the end of this endurance swim.  It always feels like a special gift.

There are whale watching excursions, and I often see the boats waiting for a magical moment just offshore.  I’ve never taken a boat tour as I much prefer to power hike the hills and wonder if I will receive a surprise appearance from the migrating whales while on my morning walk.