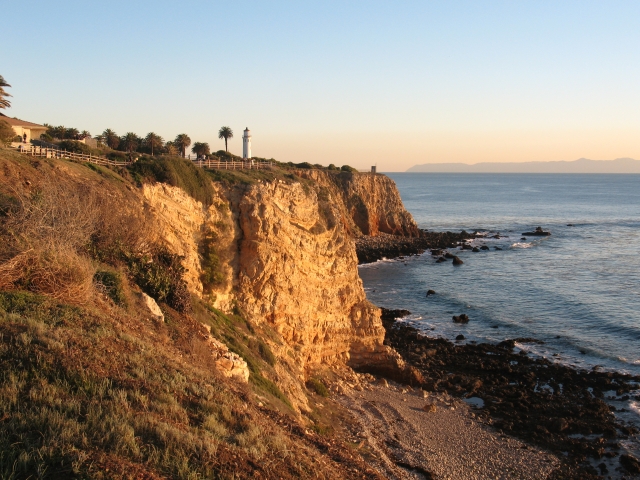 Whenever people ask me where I’m from, when traveling outside California, they most often have a quizzical look on their face after my reply.  I know what’s coming next.  “Palos Verdes?  Where’s that?”

Of course,  if I want to avoid the long explanation I simply say, “Los Angeles,” and leave it at that.  The truth is, the anonymity of the locale is a luxurious aspect of life on the Palos Verdes Peninsula.  This is not Hollywood, nor Beverly Hills or even Malibu.  The world has heard of those glittering places; not so Palos Verdes.

The majesty and length of our scenic coastline is another luxurious perk of life on the Palos Verdes Peninsula.  Eons ago, this land was an island, and as the name implies, it is surrounded on three sides by glorious cliffs meeting the regal Pacific Ocean.  The end of land and the beginning of water is a dramatic transition.  Palos Verdes is known for its cliffs and hills, not its sandy beaches–those can be found in the adjoining beach cities of Redondo, Hermosa and Manhattan.

There is room to roam (miles and miles of hiking trails) and plenty of open space to stroll and enjoy the geological wonders of the area.  It’s easy to leave the urban sprawl of LA in the flatlands below and exhale as you enter the Palos Verdes area.  Whether your home is an equestrian estate in Rolling Hills, a villa by the sea in Malaga Cove or an ocean view home high in the hills of Rancho Palos Verdes it does not take long to realize you are a part of something very special.

Those are a few of the quiet little luxuries of life on the Palos Verdes Peninsula.