US pending home sales are up to their highest rates in two years.  Pending sales are homes that have accepted a purchase contract and are still in escrow.  It is a leading indicator of the home sales numbers for a given period.

From the Los Angeles Times article by Tiffany Hsu. 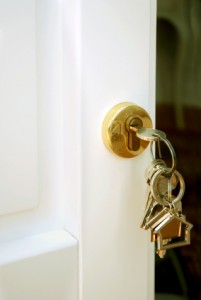 Last month saw the highest point on the index since April 2010, when consumers drawn by a home-buyer tax credit pushed the figure to 111.3. That was the last time the measure exceeded 100 -– the benchmark for industry health.

Contracts are usually signed a month or two before a deal closes and the home purchase is finalized, making the pending-sales index a leading indicator for where the market is headed. The Realtors group said last week that existing home sales in January were up more than 4% to an annual rate of 4.57 million.”

From the National Assoc. of REALTORS website announcement and statistics.

“Movements in the index have been uneven, reflecting the headwinds of tight credit, but job gains, high affordability and rising rents are hopefully pushing the market into what appears to be a sustained housing recovery,” Lawrence Yun, the NAR chief economist, said. “If and when credit availability conditions return to normal, home sales will likely get a 15 percent boost, speed up the home-price recovery, and thereby significantly reduce the number of homeowners who are underwater.”