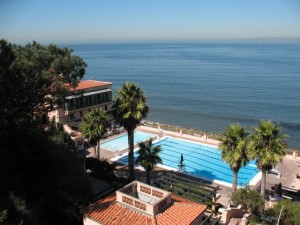 The Palos Verdes Peninsula was originally part of enormous ranchos owned by Dominguez and Sepulveda. “Palos Verdes” is a Spanish phrase that roughly means “green stalks” or “green wood”. A New York investment syndicate led by banker Frank Vanderlip bought the entire Peninsula sight unseen from a failed developer in the early 1910s for only $1.5 million (the price of a single average home today). For Vanderlip, a man with vision and money, such an enormous piece of undeveloped land along the Pacific, so close to Los Angeles, must have been a “no-brainer”. Development began in the Malaga Cove area in the 1920s. Vanderlip hired the famous Olmsted Brothers landscape architecture firm (sons of Frederick Law Olmsted, designer of Manhattan’s Central Park), to help design and plan the communities. To this day all of the Palos Verdes towns have very strong architecture and development committees that tightly regulate building. The cities’ collective efforts have been exceptionally effective in preserving open space and avoiding overdevelopment. 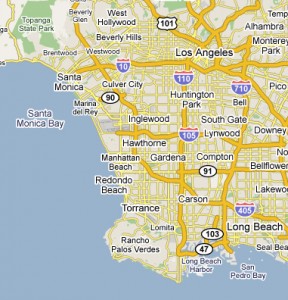 The best way to see Palos Verdes is to drive along beautiful Palos Verdes Drive. This is one of the finest drives in the United States and tops the list of things to do. Palos Verdes Drive West and South are the highlights, a seaside “yellow brick road” that traces the cliffs, overlooking the Pacific Ocean and Catalina Island. Palos Verdes Drive(s) (north, west, east, and south) encircle the Peninsula. The “center” of Palos Verdes consists of several upscale residential neighborhoods (only a few of which are gated), and while beautiful, are not exactly a tourist destination. 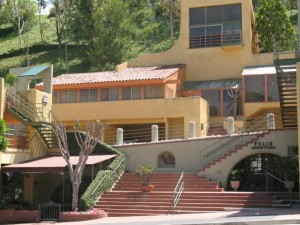 As proof of its no growth, suburban paradise status, there are currently no hotels in Palos Verdes. A resort called Terranea will become the the first true Palos Verdes Hotel and is under construction on the old Marineland site, after more than a decade of haggling about the project. The closest tourist hotels outside PV are in Redondo Beach or San Pedro.